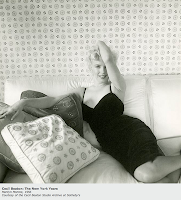 A few weeks ago I roped my friend LB (you don't really have to rope her though, she's up for almost anything) into to seeing an exhibit at the Museum of the City of New York.  I knew I would enjoy the exhibit, Cecil Beaton, the New York Years, but I didn't know what to expect from the museum.  It's a beautiful landmark building undergoing an $85 million expansion on 103rd street, a gem.  The Beaton exhibit is big enough to spend time at each photo and illustration, reading about the fabulous life of this accomplished, photographer/designer, but not too big that you just can't take it all in.

I think most of us know that Beaton was the designer behind the costumes in both the movie and stage version of My Fair Lady.  He started his career in fashion photography for all the big New York mags, chronicling the most popular designers of the 30s, Mainbocher, Schiaparelli.  His shots were very theatrical and staged, a technique that is actually getting more popular today.  Beaton then turned his focus toward design; interiors, costumes, sets.  He lived in and redesigned suites at posh New York City hotels, including the Pierre and the Sherry Netherland.

This exhibit flew in the face of all those well meaning career advisors that encourage creative people to pick just one thing, and do only that, and that is what I liked about it best!   Now through February 20th. 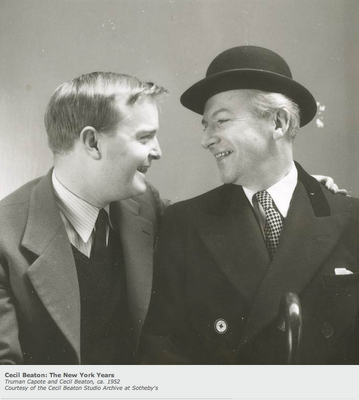 Nice way to decorate your walls. I have never done that. My effort to beautify the walls in my house was to order big-sized canvas prints from wahooart.com, from images of western art. I use the same angel motifs in all of the rooms painted by different painters, such as this one by very interesting English artist Stanley Spencer, http://EN.WahooArt.com/A55A04/w.nsf/OPRA/BRUE-8LT7K6