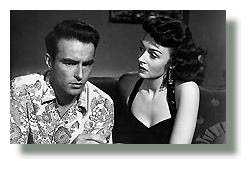 I recently read a great article in the WSJ about Hawaiian shirt designer, Alfred Shaheen. Stephen Miller paid homage to this designer in the obit he wrote touting Shaheen as the original Hawaiian style guru.
I learned a few interesting things about Aloha Shirts, otherwise known as Hawaiian Shirts, and this great American designer. For one thing, Shaheen's shirt business grew to be the third-largest industry in Hawaii, trailing sugar and pineapples. Made of rayon (all the best ones are), Shaheen hired island and Japanese textile designers who drew inspiration from their island habitats, to design the shirts–who doesn't love a Hawaiian pattern? 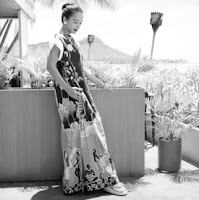 It's February and 40 degrees in New York. The idea of putting on a Shaheen Hawaiian dress and parking it under a tiki hut on the Big Island makes me pine for an island get away–destination of choice, and my honeymoon spot, Kona Village Resort.
If you do decide to "Go Hawaiian" choose the real deal. At this point an Alfred Shaheen shirt would be a collectors item and probably worth the pocket gouge. Tommy Bahama does nice work, but the shirts slant toward "casual Friday" and I prefer "surfer cool."
Posted by Cathie Arquilla

I'm going to that island with you sista! Order me up one of those fancy drinks with umbrellas.

How fabulous is this. I mean, how completely fabulous it this!!! You did it - you are just amazing. I need you to do my closet and style me when you are in Cali (I'm starting to really remind myself of Fay). I want that khaki travel bag.